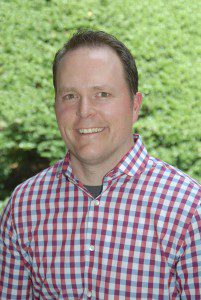 Travis Robbins, MSPT, CSCS, FAAOMPT – CEO/OWNER
Travis Robbins grew up milking cows on his family dairy farm in Upstate New York. After a lot of injuries, while playing baseball, basketball, and football in high school, he became fascinated with the injured athlete. He brought that passion to Ithaca College where he played football and graduated with a master’s in science and physical therapy. After treating for several years, he went back for a post-graduate fellowship in the American Academy of Manual Physical Therapy from the Manual Therapy Institute. This is a 5-year program that less than 5% of physical therapists have been able to complete. He is the proud husband of Amanda Robbins, the love of his life, and father and coach to his 4 children Macy, Cade, Delaney, and Harrison. 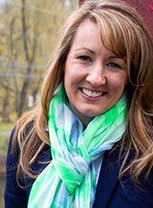 Amanda Robbins, -Integration Specialist/Chief Financial Officer
Amanda is from upstate New York, born in a small town outside Albany called Rotterdam. She spent her youth in dance classes and cheering for her High School football and basketball teams. She met her husband Travis in a family psychology class at Ithaca College and they have been together ever since. After graduating with a speech pathology degree, she went on to get her master’s in reading and special education and has taught primary grades in Massachusetts, New York, New Jersey, and Pennsylvania. Amanda retired from teaching after having her first daughter and then had 3 more babies in the next 4 years. When her youngest went to first grade, Travis was in need of some help in his company, so it was the perfect time to come out of retirement and help out. Amanda loves working with Travis and the Robbins Rehab team, while still being an involved mom for Macy, Cade, Delaney, and Harrison. 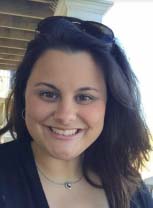 Lindsey Heil, RWCS, CEAS II– Chief Operations Officer & Director of Workers’ Compensation
Lindsey was born in Easton, PA. She attended Notre Dame High School and was involved in basketball and track and field. She went on to attend LaSalle University in Philadelphia and graduated in 2011 with a Dual Degree in Public Relations and Marketing. Lindsey has been in the physical therapy field since 2013 specializing in the Industrial Athlete (Workers Compensation), day-to-day business operations, and acquiring new business-to-business relationships. When she is not working, Lindsey loves to read, do yoga, and walk her rescue dog Tucker with her husband Tom. 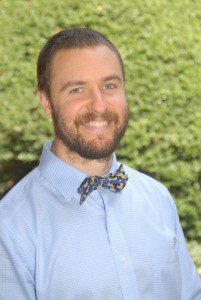 Nick Horowski, PT, DPT, CMNT-Clinic Director
Nick is a proud graduate of Ithaca College where he received his master’s in physical therapy and punted for the football team. Two years after graduation he went back and finished up his doctorate in Physical Therapy at Temple University. He and his wife Julie currently have two sons, Cooper and Max, and a daughter Penny! He also has two dogs, Alex and Rufus. 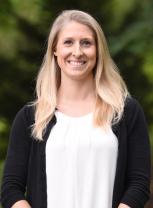 Katie Ross, PT, DPT, CMNT, CEAS I-Clinic Director
Katie was born and raised in Allentown, Pennsylvania. She went on to get her Bachelor in Science in Sport and Exercise Science from DeSales University in 2013. Katie finished off her schooling at Drexel University with a Doctorate in Physical Therapy in 2016. When not at work Katie enjoys spending time with her husband Sam and going on adventures with their three dogs Sparky, Tank and Luna. Katie is a die-hard Pittsburgh Steelers fan and overall lover of athletics. 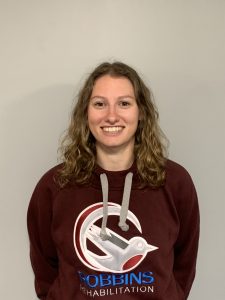 Emily Moatz, PT, DPT, CMNT-Clinic Director
Emily grew up in Boyertown, PA where she attended Boyertown High School and played field hockey, lacrosse, and basketball. After high school, Emily attended Lebanon Valley College where she earned her Bachelor’s Degree in Health Science and her Doctorate of Physical Therapy in 2018. Since then Emily has gotten two dogs, Knox and Tuc, and spends as much time as possible outside running, hiking, mountain biking, and snowboarding with her husband Joey. 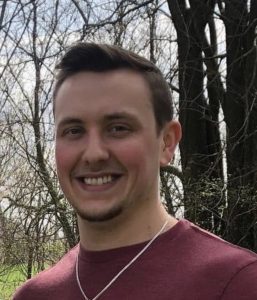 Dakota Strohl, PT, DPT, CMNT, CEAS I-Clinic Director
Dakota is a graduate of Lebanon Valley College, and a resident of Palmerton, PA. He has always enjoyed teaching and exercise, so he decided to combine those into a Physical Therapy degree! He has always considered the Lehigh Valley home, and he is happy that he has the opportunity to help patients in the area see the benefits of the physical therapy profession. He is recently married to a wonderful woman named Michelle and in his free time, he enjoys reading, hiking, road cycling, running, and doing CrossFit. Dakota and his wife Michelle also adopted two cats named Goose and Finn 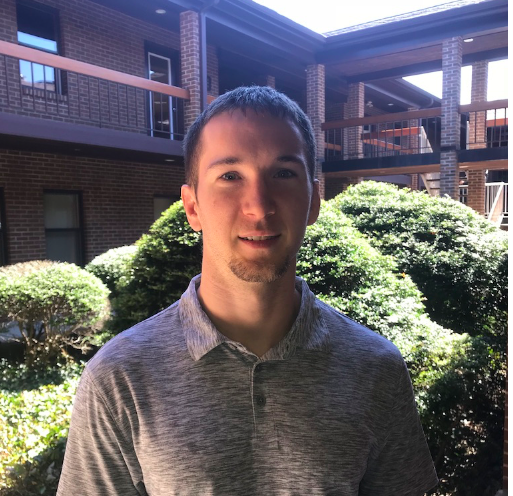 Daniel Yarnes, PTA & Nutritional Coach
Dan was born in Allentown, PA, and moved out to Kutztown during elementary school. He graduated from Northwestern Lehigh High School in 2009 and Lehigh Carbon Community College in 2011. He also completed a Bachelor’s degree in Sport and Exercise Science from DeSales University, graduating in 2014. Dan played soccer from 4 years old through high school and also competed in Track and Field in high school running the 100, 200, and 4×100 meters. After high school to stay active Dan took up karate and Brazilian jiu-jitsu and enjoys doing anything outdoors including hiking, rock climbing, and kayaking 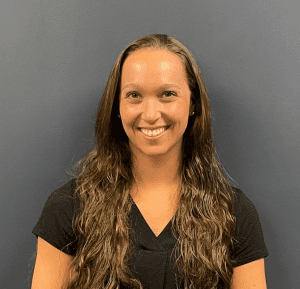 Tatum Hughes (Trexler), PTA
Tatum grew up in the Lehigh Valley area but moved to Doylestown, PA about 2 years ago. She was recently married and plans to move back to the Lehigh Valley to be closer to family and work. Tatum enjoys being at the beach, watching movies, and most of all working out with her husband. Tatum enjoys Mexican food and a margarita every now and then. 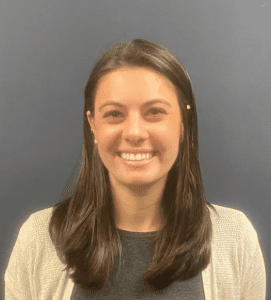 Bailey Leslie, PTA
Bailey grew up in Easton, PA. She graduated from Temple University in 2019 where she studied Kinesiology and played club field hockey. She then attended Penn State Hazleton for the PTA program and graduated in 2021. In her free time, she enjoys spending time with her friends and family. She also coaches Whitehall Middle School field hockey and enjoys helping the young athletes learn the game. 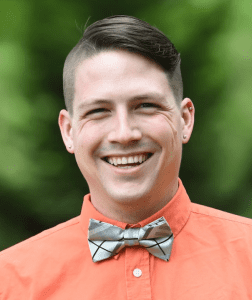 Brian Lauderman, PTA Brian grew up in Litiz, PA before moving to the Lehigh Valley for college. Brian has a Bachelors Degree from Moravian College and an Associates Degree from Penn State Hazleton. Brian and his wife married in 2013. They have two kids, Jackson and Matthew; and a dog, Daisy. In his free time, Brian enjoys working out, playing with his boys, playing board/card games with friends/family, and watching almost everything superhero related. 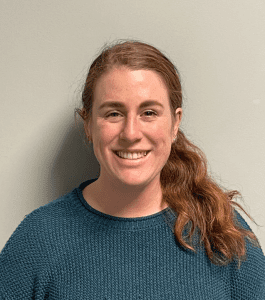 Zoe Lycett, Customer Acquisition Specialist
Zoe grew up in Coopersburg, PA, and graduated from Susquehanna University in 2016. She studied PR/Communications and Advertising and played 4 years of college lacrosse at SU. In her free time, she coaches with Valley Heat Club lacrosse and was recently an assistant lacrosse coach at Southern Lehigh High School for 4 years. She lives in Easton, PA with her fiance, Anthony, and their dog, Shoresy, and cat, Lafonda. 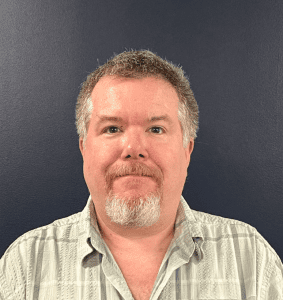 Brian McDermott, Customer Support Specialist
Brian has lived pretty much all over the northeastern United States with the majority spent here in the Lehigh Valley. He enjoys all aspects of theater: performing, directing, working behind the scenes, and especially writing full-length and one-act plays. In his spare time, he enjoys playing PC games, cooking, and traveling. His favorite topics are comedies, amusement parks, and the supernatural. 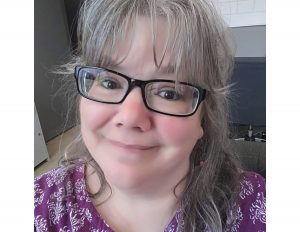 Jodi Godown Hilt, Billing and Collections Manager
Jodi was born and raised in Bethlehem, PA. She is married to Chris Hilt since 2004, and they reside in Northampton since 2007. She has a son Jackson who is 15 years old. She has been in the physical therapy field since 2003 specializing in authorizations and verification of benefits. She loves talking to and getting to know patients throughout their course of treatment and she also loves to rock out to Neil Diamond in her office! 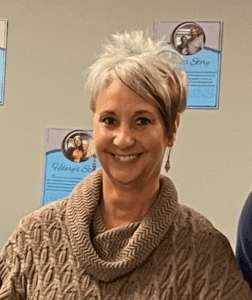 Angela Seidel, POC/RX Administrative Manager
Ang grew up in Allentown and later moved to Walnutport, PA with her husband, Allan, while raising their two sons. Being an outdoor person she likes walking her dogs along the canal and trails in the Lehigh Gap area. She enjoys cooking, kayaking, and fitness classes. 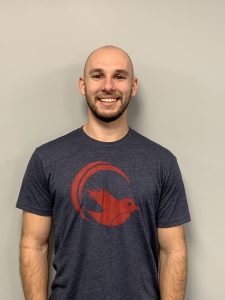 Luke Fox, Physical Therapy Aide
Luke grew up in Greensburg, PA with his mom, dad, grandma, and younger brother. He lived in a neighborhood with lots of kids around his age. In the summer they would play sports and ride their bikes everywhere just like the movie The Sandlot. Luke attended Hempfield Area High School in Greensburg PA. During high school, he focused on his academics and baseball receiving a scholarship for his hard work from Saint Vincent College. During his time at Saint Vincent College Luke majored in Integrated Science with a concentration in Allied Health as well as playing four years of baseball. After graduating college, Luke moved to the Lehigh Valley with his girlfriend and has enjoyed living here ever since. He is pursuing to further his education in the physical therapy field. 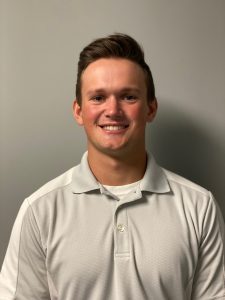 Zachary Brodeur, Physical Therapy Aide
Zach graduated from Allentown Central Catholic High School in 2018 and currently attends DeSales University. He is majoring in Sport and Exercise Physiology with plans to obtain his Doctorate of Physical Therapy degree. Some of his hobbies include fishing, boating, and playing golf. He chose physical therapy as his career field because he is passionate about helping people return to their best selves. 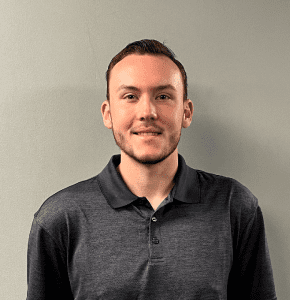 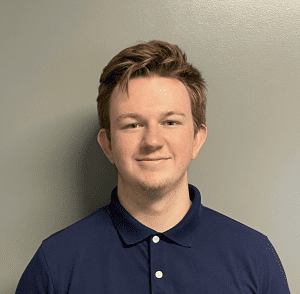 Liam Tattersall, Physical Therapy Aide
Liam has lived in Allentown his whole life. He is going into his second year at DeSales University for his Sports and Exercise Physiology degree. He enjoys sports, especially football, and his favorite player is Tom Brady. He also really enjoys anything Marvel from collecting and reading comic books to watching the movies. 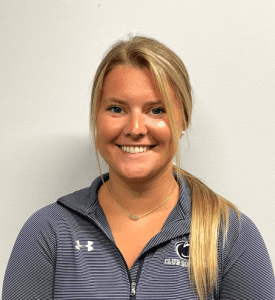 Brooke Iobst,  Physical Therapy Aide
Brooke has lived in Emmaus throughout her entire life. She just graduated from Penn State with a Bachelors’s in Kinesiology. At Penn State, she played Club Softball and was very involved in THON. She plans on attending grad school for Physical Therapy within the next year or two. In her spare time, she enjoys listening to country music and spending time with friends and family. 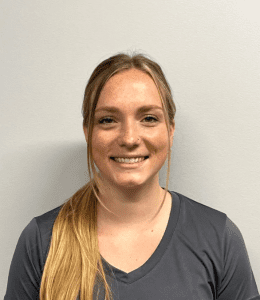 Paige Eichelberger,  Physical Therapy Aide
Paige has lived and grown up in New Tripoli her whole life. She has just graduated from Temple University and has earned her degree in exercise and sport science and hopes to one day return to earn her DPT. She enjoys staying active in her free time so you can find her at the gym or doing fun outdoor activities with friends and family when not at work. She also works part-time at a local Lehigh Valley Distillery as a bartender and food runner. 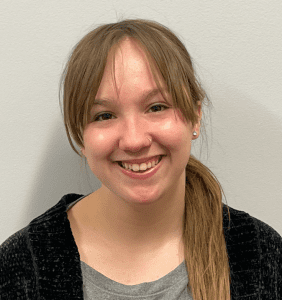 Nadia grew up in Stroudsburg PA and attended Stroudsburg High School. She received a bachelors degree from Penn State University in Rehabilitation and Human services. Nadia plans to go for a Doctorate of Physical Therapy degree within the next two years. She loves playing with dogs, traveling and spending time with family. 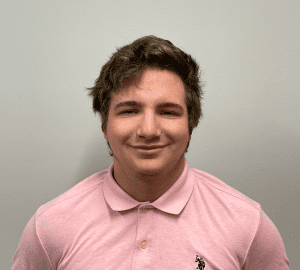 Justin grew up in Bangor, Pa and attended Bangor Area High school, graduated in 2021 and is currently attending Moravian University in pursuit of an undergrad degree in health science on a PT track, and a minor of public health. After graduating from Moravian in 2025, he plans to continue his education at Moravian by taking the DPT courses offered there. He loves spending as much time as possible with his family, friends and girlfriend. 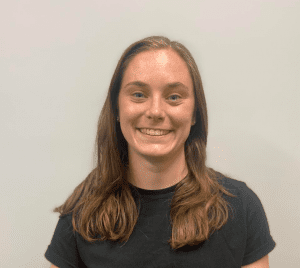 Emily grew up in Allentown, PA and went to Parkland High School. Emily played soccer and ran track in high school. She attended Bloomsburg University with a major in Exercise Science and played club soccer for Bloom. She wants to continue her academics on a PT track. She loves spending time with her family and friends and her puppy. 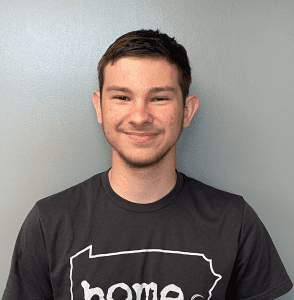 Jackson grew up in Northampton, PA and currently attends Northampton Area High School. At a very young age Jackson grew an interest in gaming starting off on the xbox-360. Jackson began to take gaming a lot more seriously, as time went on Jackson became a lot better at gaming and grew an interest in the game “beat saber”. Jackson enjoys riding bikes with his dad, and interacting with his coworkers, he is excited to be a part of the Robbins team.